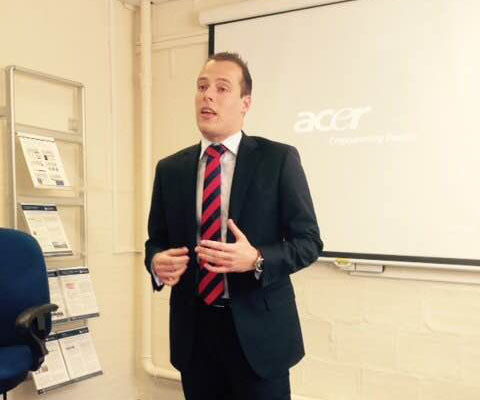 Astro are proud to announce Joe Wing – Astro Business Development Executive – has been nominated as a finalist in the prestigious 2017 The British Excellence in Sales Management Awards (BESMA) in the category of Rising Star of the Year. Winners will be announced at The BESMA Awards on Thursday 9 November 2017 at Old Billingsgate, London.

Steve Hodges, Managing Director commented: “I am more than delighted that Joe has been selected as a finalist for the BESMA Rising Star of the Year award, he has worked very hard and developed at a rapid pace since joining us as an apprentice in 2014. The Institute of Sales Management BESMA awards are very highly regarded as the ‘Oscars’ of the sales profession. Joe has done amazingly well to be recognised among the sales professional elite since starting his apprenticeship with us in 2014. I am extremely proud of him and know he has earned his place as a BESMA finalist.”

The British Excellence in Sales Management Awards (BESMA) recognise and reward the best sales professionals in the UK, showcasing their achievements and products, helping to promote the art of selling across the country. BESMA seeks to reward the efforts of the individuals and the teams that drive company performance and recognises the roles played by sales professionals in driving the UK economy forward.

Joe Wing said: “When I learned that I was a BESMA finalist, I was in complete shock. Working with Astro has been an incredible journey giving me the opportunity to work with and learn from some of the best in our industry, not only within Astro but throughout our customers too. I am also a keen rugby player and firmly believe the experience gained as captain of my team (Newark RFC) combined with being part of a formidable team at Astro has been a powerfully successful combination. Being selected as a finalist in the BESMA Awards is a real honour and I am extremely proud to be able to represent the Astro team at the awards.”

Steve Smith, CTO and Co-founder of Astro Communications Limited said: “Joe joined us as an Apprentice Business Development Executive in 2014 and has been a fantastic ambassador for Astro, our industry, and apprenticeships in general. He is a shining example for our current and future apprentices following in his footsteps. Although Joe joined us in a sales role he ventured way outside his comfort zone to successfully complete a technical apprenticeship alongside his engineering colleagues. Not only did he complete the apprenticeship, he was runner up in the 2015 Institute of Telecommunications Professionals Apprentice of the Year Award. Joe thoroughly deserves to be standing among the elite of his chosen profession.”

2017 has been a year of award nominations for Astro. Following on from their success in November 2016 as Overall Winner of the Dartford and Gravesham Business Awards, Astro’s MD Steve Hodges is a finalist for the Internet Service Providers’ Association (ISPA UK) Executive of the Year Award and CTO Steve Smith was a finalist at the AbilityNet Tech4Good Awards in the category of Volunteer of the Year. “We are a very tight knit team at Astro and the whole team without exception are delighted for Joe and are all rooting for his success at the awards. Joe is a rising star in Astro and we all know he is worthy of winning the award.” concluded Hodges.

Astro Communications Limited has been delivering technical solutions to solve business challenges for over 30 years. Founded by two former employees of BT and Cable and Wireless, Astro has gone on to deliver some of the most technically challenging and complex solutions in the market.

Astro Communications is headquartered in Hawley Manor, Dartford with staff based all over the country and partner organisations across the globe.

Previous PostNow that's what I call bandwidth!
Next PostThe Third Duck from the Sun