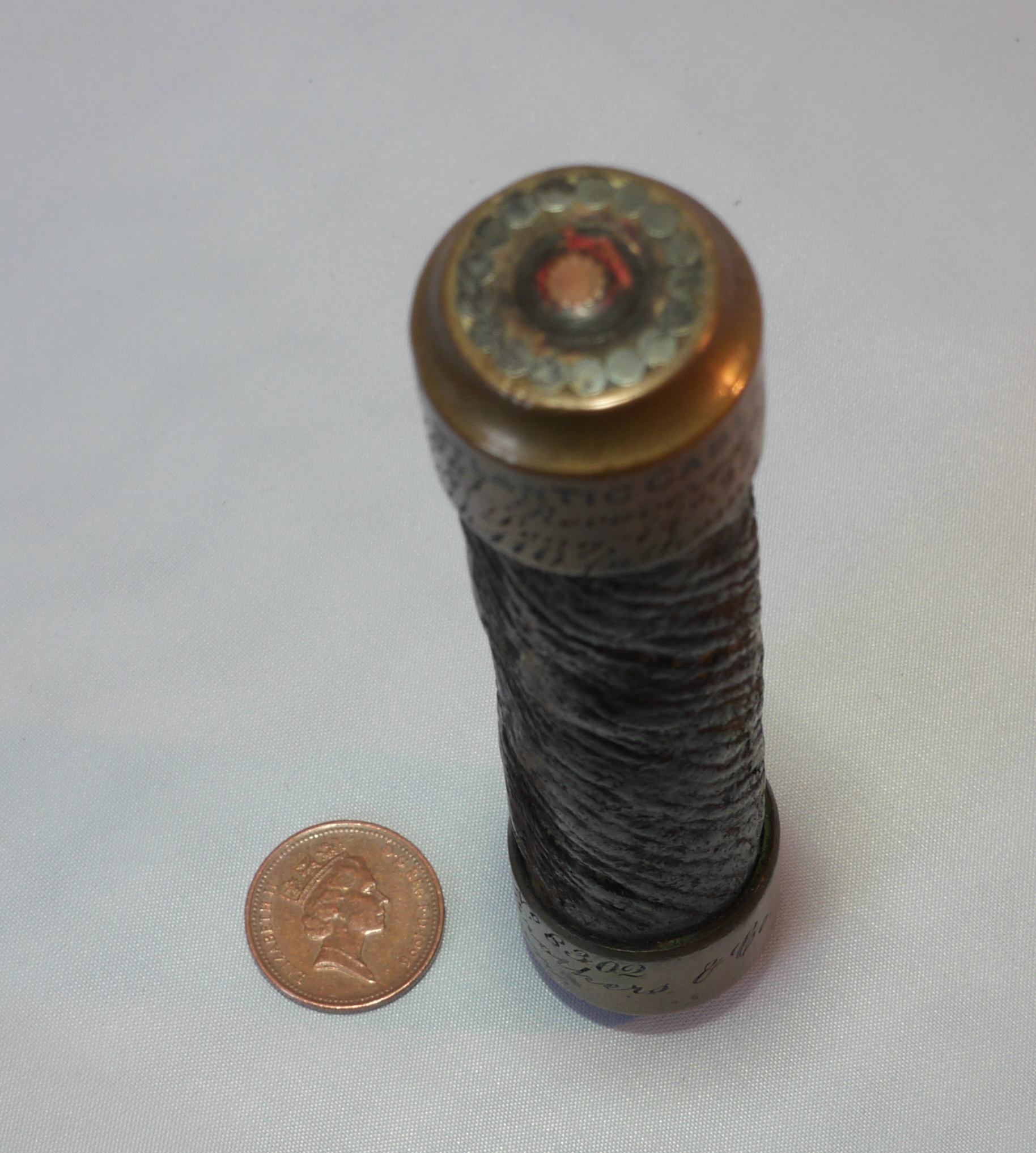 Now that’s what I call bandwidth!

Now that’s what I call bandwidth!

Transatlantic cable bandwidth: from 250 bits per hour to 160 terabits per second in 160 years

Earlier this month Microsoft and Facebook completed the installation of a transatlantic cable stretching from Virginia, to Bilbao, Spain – a span of 4,100-mile. The cable comprises a bundle of eight fibre-optic threads and is roughly the size of a garden hose. The new cable is the highest-capacity connection across the Atlantic Ocean and is capable of transferring 160 terabits of data every second, the equivalent of more than 5,000 high-resolution movies.

The tech giants traditionally leased their bandwidth from the global carriers but the ever-increasing global demand for more bandwidth has rendered it more economically viable for the large tech companies to commission their own undersea cables. Less than 160 years ago when the first transatlantic cable was laid also approximately the size of a hose pipe, it could barely carry any signal across the Atlantic. I wrote about the transatlantic cable pioneers some time back so thought it was an appropriate time to revisit the article about one of the most significant developments in modern history.

”… the electrically charged coils of cable upset the ships compasses sending the ships off in random directions.”

Back in 1983 while attending a course at the Cable & Wireless College, Porthcurno, I remember seeing CS (cable ship) Monarch delivering the UK shore end of a submarine cable. The cable, TAT-7 – one of the last copper coaxial transatlantic cables to be laid – ran almost 3,300 nautical miles from New Jersey to Porthcurno. The heavily armoured shore end of the cable – which could weigh as much as 50 tons per nautical mile – was being ‘delicately’ hauled in from the ship by a tractor struggling to get a grip on the shingle beach. This was all brought back to me when one of my colleagues brought in some amazing telecommunications artefacts including some items relating to transatlantic cables.

One of the artefacts is an original hand drawn book of charts plotting a number of transatlantic cables. What amazed me is the number of cables laid and the relatively short life span of each cable in the drive to increase telegraph speeds.

Next year marks the 160th anniversary of the first transatlantic telegraph cable which was completed and commissioned in 1858. After 19 years of planning, cable manufacturing and the sheer effort of laying submarine cable from two cable ships, the cable was in service for just one month. The physical cable laying met with many problems, including several false starts due to cable breaks. Originally the two ships – US Navy ship Niagara and HMS Agamemnon – set off from Ireland with each ship carrying half of the 2,500 miles of cable. There wasn’t a ship capable of carrying the entire length of cable at that time.

”The 1858 cable took over two minutes to transmit one character with a transmission voltage of 600 volts.”

The final and successful attempt involved the two ships meeting mid-Atlantic, splicing their cable loads together and heading off in opposite directions. Unfortunately, the electro-magnetic field caused by the electrically charged coils of cable upset the ships compasses sending the ships off in random directions – this problem was solved by having pilot boats lead the way.

The 1858 cable took over two minutes to transmit one character with a transmission voltage of 600 volts. In an attempt to speed up transmission, the operators increased the voltage to 2000 volts which very quickly damaged the insulation beyond repair, rendering the cable useless. There was a full inquiry to investigate the reasons behind the failure resulting in a document with more text than the bible. Some people were very suspicious claiming that the cable had never worked and the whole thing was a Stock Market scam. In reality, the failure was due to a number of reasons but mainly a combination of flawed design and a rush to get the cable installed to capitalise on the revenue it would bring. Incidentally, the inquiry was the first of its kind for investigating large scale disasters, to learn from the experience to avoid repeat failures in the future. This set the precedent for later ‘scientific’ disasters including the Titanic and the Challenger.

The effects of capacitance and inductance over long lengths of insulated copper cable were seriously under-estimated by the designers. Resistance, capacitance and inductance along the length of data cable run is something all latter-day telecommunications engineers understand in detail. In fact, any engineer designing and installing internal data cabling installations will understand these are significant issues, and one of several factors that dictate the maximum length of the data cable runs. Back in 1858 the engineers didn’t even have standardised scientific units for current or resistance!

Given all these challenges, it is a wonder anyone had the appetite to finance and install more cables but this had been an excellent learning experience and many more transatlantic cables followed soon after.

”I am amazed at how these transatlantic pioneers connected the continents battling against all odds with makeshift ships, horses and sheer human effort.”

We actually had a small piece of one of the early transatlantic cables in our office (top photo) and we could identify the location where this piece of cable was laid. I am fascinated by this, and can fully appreciate why the laying of transatlantic cables is considered to be the Victorian equivalent of space exploration. Having seen the effort taken to get a cable to shore using relatively modern machinery I am amazed at how these transatlantic pioneers connected the continents battling against all odds with makeshift ships, horses and sheer human effort.

The piece of cable we have (click on the images to enlarge) comes from a section of the J. Gould Atlantic Cable that was laid in 1881. Jay Gould was a notorious US railroad tycoon and proprietor of the Western Union Telegraph Company. He was tempted to get into the Atlantic telegraph business by the potential profits, and it was a natural extension of his existing telegraph business. Jay Gould sent a cable to Siemens which simply read ‘Make and lay two cables. Fifty thousand pounds at your bankers’.

From the inscription on the sample of cable featured in the photo above it was recovered in 1887 from Latitude 46 degrees 48 minutes North Longitude 44 degrees 32 minutes West at a depth of 116 fathoms (212 metres) approximately where the red circle is on the chart (click here or on the chart to enlarge). Bearing in mind the 1858 cable took nearly 20 years to complete, it is remarkable that only eight months passed from order to delivery of the 1881 cable. The order was placed on Siemens of Greenwich in March, the cable manufacture was completed by mid-June. The cable ship Faraday immediately set sail loaded with the cable which was installed and handed over for service just over four months later.

”… a staggering improvement over the 1858 cable which was capable of 4.3 words per hour.”

When Jay Gould launched his service he was charging one shilling and sixpence per word (approximately £0.07) where a word was considered to be seven characters long for submarine cables. This was 50% dearer than other cable operators. In 1883 Dr Alexander Muirhead proved the cable was capable of supporting a transmission rate of 13 words per minute (780 words per hour) – a staggering improvement over the 1858 cable which was capable of 4.3 words per hour. Incidentally, Dr Muirhead achieved 18 words per minute over the second (1882) J. Gould cable.

To put this in perspective the on-line version of the Encyclopaedia Britannica comprises 55,000,000 words (source Wikipedia). To transfer the entire textual content over the 1858 cable would have taken in the region of 1,500 years. The 1881 cable could have delivered the same amount of data in approximately 8 years. A 100Gbps optical fibre cable is capable of transmitting 55,000,000 words in less than 40ms or 1/25 of a second. The cable laid earlier this year would complete the same task in an astonishing 25us or 1/40,000 of a second.

If you are interested in finding out more about the history of telegraphy I thoroughly recommend a visit to the Porthcurno Telegraph Museum, it is also a great part of the country to stay.