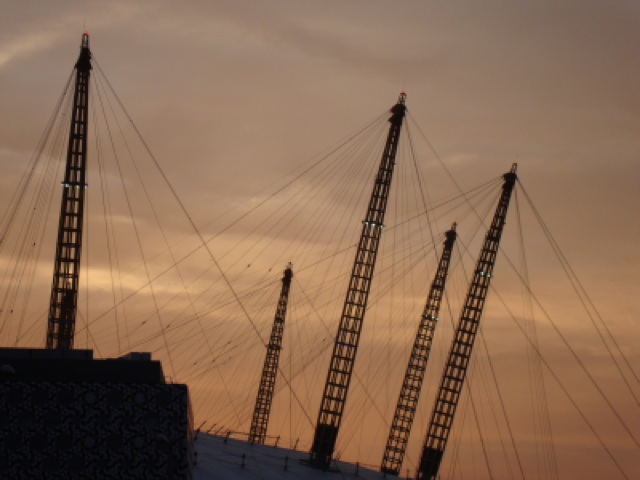 The Third Duck from the Sun

The Third Duck from the Sun

It’s the Sun Jim, but not as we know it…

Many of us have been enjoying our fair and rare share of the sun in many parts of the UK recently. As with any extreme weather conditions there are downsides. The impact of the extreme weather on humans is fairly well documented. Many people suffer in the heat and sadly some people die as a direct result. As a telecommunications engineer, there are a number of weather conditions that are an obvious hazard to my installations. Excessive rain fall can cause underground cabling systems to flood and if there are any faulty cable joints the water ingress will cause noise. Noise on a telephone line is annoying when you are trying to hold a conversation and it can cause other operational problems such as preventing the telephone from ringing and presenting a constant busy condition to the exchange. Noise on a data line can be disastrous to the point where the equipment (modems) at each end of the link may not be able to establish or maintain a connection. It is very annoying and counter-productive to have the Internet connection that so many of us have come to depend on dropping out every few minutes, especially when working from home.

I digress… today I am not talking about the rain, I am more interested in the topical (or should that be tropical) sun…

There are some obvious issues associated with the hot weather, the most common being equipment over-heating. Many of our installations in the past have been installed in any available space and in many locations, we fight to gain some ventilation let alone air conditioning. We have had many occasions when the equipment has over-heated to the point where equipment has failed and required emergency action. We also support installations with external active equipment which has to withstand a wide range of temperatures but fortunately, these situations are generally easier to control in that we have some say as to how and where the equipment is to be sited.

Air conditioning units are great until they go wrong. Some of the measures we have gone through to cool an equipment room down while the air conditioning units are repaired have been close to Heath Robinson inventions. Doors wedged open with chairs, fans bought in from local shops strategically placed around the room to move the warm air around, cabinets stripped of doors and side panels to allow the air to flow more freely. The top prize for air conditioning failure response will never be surpassed I am sure, but more about lining your ducks up later…

The sun doesn’t have to be visible to affect our installations. I have always been interested in the affect sun spots, solar flares and coronal mass ejections can have on our installations. If you are responsible for the maintenance and reliable operation of communications satellites you would expect to have to heed warnings of this fairly regular solar activity. However, as well as having a direct impact on satellite and terrestrial radio systems; these solar events are a real threat to our power grid. Any impact on the stability of the power grid can and will ultimately lead to adverse effects on the power delivered to our computer, communications and network installations. This could range from total power failures for extended periods of time or momentary dips and surges.

I suspect power transmission companies are prepared to some degree for the ensuing bombardment of electromagnetic particles that travel the 93 million miles from the sun to hit our planet just eight minutes later (I make that approximately 700 million miles per hour). I’m not sure how much can be done to protect against such a powerful force of nature other than shut parts of the grid down to prevent damage. Maybe the best they can do is to keep their customers informed of the potential risks.

In the 80s, during a well-documented period of sun spot activity we had a major run on faults and I had a very strong suspicion this was partly due to the solar activity at the time. We suffered a string of equipment failures due to blown fuses, power supply failures, equipment locking up and intermittent problems. All of these were almost certainly due to power instability. When the solar activity died down the fault calls went back to normal. I remember one particular day when the problems were at their worst we started off in Scotland and finished up in South Wales attending to several site failures along the way. It was akin to chasing a storm, but on this occasion, a solar storm.

So what can you do to protect your organisation against these naturally occurring potential telecommunications disasters?

Equipment room temperatures can be monitored automatically with network controlled temperature sensors. High and low temperature thresholds can be set to trigger alarms back to a central monitoring station. Some types of Uninterruptible Power Supply (UPS) may provide an element of local protection to your installation against dips and surges but unless you have a UPS with generator back up there is little you can do to protect your buildings against sustained power loss. It is important to note that there are some rare power line incidents that can and will take out the UPS. However, in these relatively rare circumstances the UPS has been sacrificed to protect the valuable equipment. Temporary service can at least be restored (albeit without UPS protection) by placing the UPS into bypass mode. Finally, including these risks within a Disaster Recovery and Business Continuity plan may be your catch all.

Before I go I just have to give you a quick update on the ducks before they fly off… Shortly after the turn of the century I was regularly working in an air conditioned equipment room for one of my customers. The air conditioning unit had developed a fault and several times a day water cascaded from the unit like a mini Niagara Falls. Someone in the IT department placed a bin under the air conditioning unit to catch the water. This created another problem as the equipment room with the faulty air conditioning unit was in another part of the building a couple of floors away. One of the IT team had the great idea to place a web cam on the bin to enable remote monitoring of the air conditioning unit – clever! Unfortunately, there was a flaw in the design as there was still little warning as to when the bin was full of water. The problem was soon solved. The next day there was a family of rubber ducks floating in the bin. When Daddy duck’s head appeared above the top of the bin this was the first warning to the IT team that time was running out for the bin to be emptied. When Mummy duck’s head appeared it was becoming more urgent. But, when baby duck appeared someone had better move fast otherwise they would need a mop. I promise you this isn’t stuff of urban legend, I witnessed this personally.