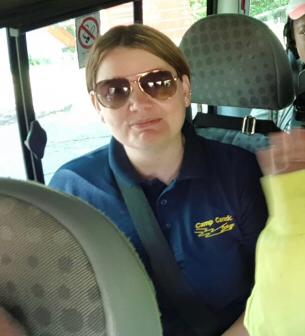 My first experience of Camp Cando

Last week, I tried something different compared to my usual PA role.  I decided that I would take part in something that Astro participates in every year – Camp Cando.

Camp Cando is a voluntary organisation that gives a group of young people with complex and behavioural needs an opportunity to spend a week away from their home.  It runs during the summer holiday and provides well-deserved respite for parents and carers.  For some of them, this is the first time they have spent any time away from their child/children.

The children get to spend a week of structured fun which includes a trip to the seaside and the zoo and some days on site where they can participate in outdoor games, swimming, low ropes, karaoke, dressing up and arts and crafts.  At the end of the week they enjoy a BBQ with a camp fire and an awards ceremony.

For a couple of us from Astro, it was our first experience, but for others it has been their third or fourth time or maybe even more! It was great to work with my colleagues from Astro in a completely different environment and to see how they react in certain situations.  For me, I thought it would be an easy experience as I had previously worked as a nurse, but it was definitely harder than I imagined; at the same time it was very rewarding.  I worked alongside other volunteers, the Chairman and the Director who also weren’t afraid to get their hands dirty, which was a pleasure to see.

I spent my first day welcoming the children to camp when they arrived.  Shortly after it was my team (Jugglers) turn to help serve lunch, which I must admit, was one of my favourite meals as a child – spaghetti hoops and sausage rolls!  After lunch we took the children to the tennis court where we played ball games and football.  It was a good chance to see the children settle in and get to know their different characters.  On day two we all went to the zoo and it was a fun day, but tiring.  We enjoyed a picnic there before we explored the zoo and looked at lots of different animals which the children enjoyed.  On my third and last day at camp, the activities of the day were low ropes.  As it was raining, it was very muddy and as Ryan S and me were ‘newbies’ it was us who had to get into the swamp and help the children along the ropes and beams! In the afternoon, my last few hours were spent taking the children swimming; I loved seeing them enjoy themselves so much, in fact one of the children refused to get out of the pool!

I am extremely proud to be part of a  company where I hope we are able to make a massive impact, not just during the week, but with other fundraising events that we hold throughout the year.