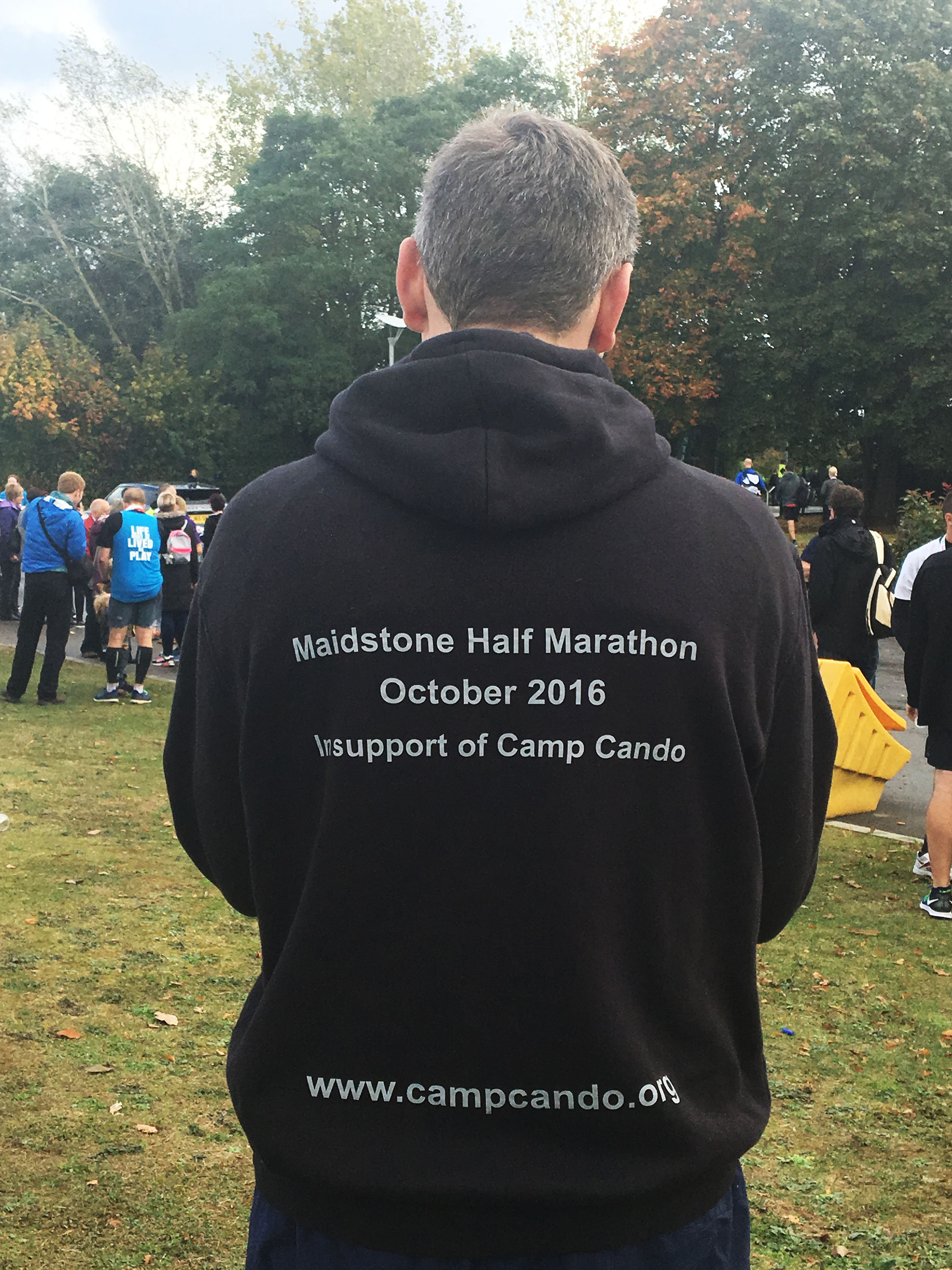 Steve Hodges to run Maidstone Half Marathon for Camp Cando

Astro Communications MD to run Maidstone half marathon in aid of Camp Cando, a charity providing holidays for young people with special needs.

Astro Communications’ MD Steve Hodges is running the Maidstone half marathon in support of the charity Camp Cando which takes children and young adults with a range of complex special and behavioral needs away for the week, based in an activity center in Kent.

Not a naturally gifted runner Steve’s previous achievements extend to only running as far as 10k but he is very much looking forward to the personal challenge as well as hoping to make a significant contribution to the charity. Commenting on the run Hodges said “I have been training, sort of, mainly by attending Park Runs on a Saturday morning and the occasional run in the week where time allows. However, having spent a short amount of time volunteering at ‘camp’ last week, promoting the fundraising this week and realising there are only 66 days left, I think I am going to have to up my game.”

Camp Cando has been undertaking fantastic work for many years and has made a significant difference to the lives of many youngsters, their parents and carers. It is run entirely by volunteers and funded completely by donations. Charity Director Steve Smith M.B.E. is enormously grateful for all the support the charity receives each year and is keen to see the success of Hodge’s efforts. “I have known Mr Hodges for a number of years now and his contribution to camp has been very welcome. That said, I have also seen him attempt a range of physical activities at camp and I sincerely hope he has fully considered the enormity of running half a marathon and at least has a team of people with a first aid kit and a couple of pints of Guinness at the finish line!” Smith joked, concluding. “And of course we wish him all the best”

Hodges has set himself a goal of reaching £1,500 in his fundraising efforts but in reality has a much greater ambition than this adding. “I completely understand that the requests for charitable donations from people are both regular and varied nowadays and there are so many worthy causes out there in need of support. I will be delighted with any amount we can raise but, as with most things in life, I will be hoping to smash the target I have set.”

About Astro Communications.
Astro Communications Limited has been delivering technical solutions to solve business challenges for nearly 30 years. Founded by two former employees of BT and Cable and Wireless, Astro has gone on to deliver some of the most technically challenging and complex solutions in the market.

Astro Communications is headquartered in Hawley Manor, Dartford with staff based all over the country and partner organisations across the globe.

Previous PostIT Challenges of the Mergers, Movers and Shak...
Next PostCamp Cando 2016