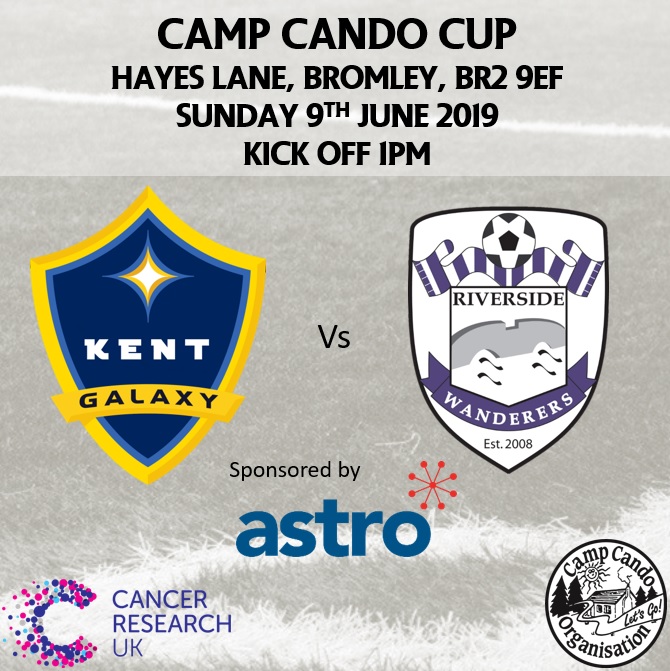 The concept of raising money for charity first caught my attention as a young child.  Each year, my mum would put the London Marathon on TV and I recall her explaining how the competitors were subjecting themselves to a great ordeal in order to raise money for those in need.  Despite the pain and hardship endured, it was very apparent the most overwhelming emotions felt by the competitors were victory and elation; which seemingly rebounded from the tremendously supportive crowds.  A few years on, whilst sat in my grandad’s living room, I made a very special promise – that by the age of 30, I would run a marathon in aid of charity.  My grandad had always influenced me greatly and his beliefs in looking after others is something which is instilled in me to this day.

In 2016, 6 months before my 30th birthday, I somewhat apprehensively signed up to complete the Barcelona Marathon with the encouragement of a colleague and good friend.  With my grandad sadly passing in 2007, I knew this was my chance to fulfil my promise to him.  Due to being born with a VSD (also known as ‘hole in the heart’), British Heart Foundation were selected as my chosen charity and the fundraising and training commenced.  Before I knew it, I was lining up at the start line with some of my closest friends and family in attendance, supporting me – there was no backing down now!

What followed was the most painful yet humbling experience of my life.  I felt the same pride and elation I had witnessed as a child.  The only thing to ever surpass this feeling, was the day my son was born.  Words of encouragement were shouted from the spectators and smiles shone from their faces.  This support was evident between the runners too; time after time, as someone’s run would come to an exhausted halt, fellow runners would go to their aid.  At around Mile 22, this became me as a burning sensation left me stationary; unable to move.  This would later be diagnosed as a hernia! Just as I thought I was going to have to give up, a gentleman wearing an identical British Heart Foundation running shirt to my own implored me to walk a little with him.  He told me that his motive for running was his daughter who had a heart condition.  It was at this moment that I immediately understood what my mum had explained me all those years ago; running a marathon is a selfless act to raise money for someone in a less fortunate situation. I promised the gentleman that I would finish the race and thus sparked my aspiration to help other less fortunate than myself.

Since the Barcelona Marathon, I have completed numerous charity runs of varying length, including the London Marathon in 2017.  Unfortunately, with each run I obtained a new injury which resulted in having to make the decision to no longer run long distances – a promise I made to my wife.  However, I did not want this to be the end of raising money for those in need, which brings me onto the present…

After a lot of thinking, I decided I wanted to create my own, community driven event to raise money for charity.

From a young age football has been an enormous part of my life. The team become an extended part of your family, that you share the highs and lows; the joys and sorrows with. This seemed the perfect solution to get as many people involved with me, in my mission to raise money for charity.

What started as a 7-a-side charity game blossomed into a full 11-a-side game with substitutes, officiated by FA registered referees in a professional stadium. This was followed by a raffle which most importantly meant I nearly trebled my target of £1,000, raising a grand total of £2,938.15. After the success of the first year, I decided to make it an annual event.

When I joined Astro Communications in February of this year, I was delighted in how interested in supporting my fundraising event they were. Camp Cando is Astro’s chosen charity and I have had the pleasure of meeting their Chairman, Steve Smith, MBE. It is fantastic to have been able to help them out and raise funds to assist them giving under privileged kids a summer holiday they will never forget. The camp becomes a life changing event for the children and it is very humbling to have been able to be a part of that, this year.

The 2019 event has already grown substantially bigger than the original game. More prizes have been donated, more companies are sponsoring the event and more players offered to be a part of the game. Currently, we have already reached 70% of last year’s total.

For all of the above reasons I am very excited about the future of my annual charity football game and can’t wait to involve more and more people and see it grow and most importantly raise even more money for those who are in need.

Please come down and show your support on Sunday 9th June from 12pm at Bromley FC Stadium, Hayes Lane, Bromley.  Also, if you would like to make a donation for the event, please follow this link. www.Justgiving.com/CampCandoCup

Thank you for taking time to reach this post.  Would love to see you there. 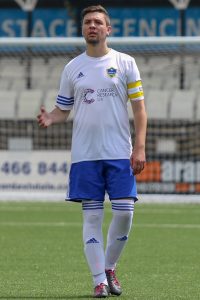 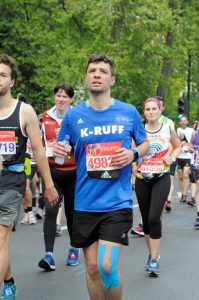 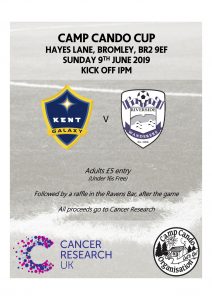 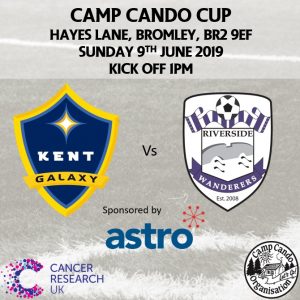