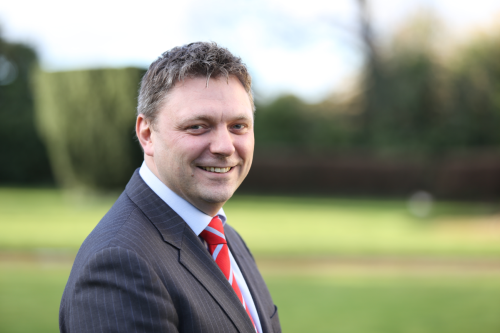 Astro MD finalist in Executive of the Year Award

Astro  MD finalist in Executive of the Year Award

Astro MD Steve Hodges has been nominated as a finalist for Internet Service Providers’ Association (ISPA UK) Executive of the Year Award.

Astro are delighted to announce their MD Steve Hodges has been nominated as a finalist in the 2017 ISPA Annual Awards in the category of Executive of the Year. Astro are one of fifty companies nominated for an award across fifteen categories with Hodges joining five other business leaders from across the UK as finalists competing for the coveted title of ISPA Executive of the Year.

Steve Smith, Founder & Chief Technology Officer commented: “We are all very excited about this incredible achievement. Steve is a great manager and an exceptional and inspirational leader taking Astro to new heights without losing our firmly held core values. Steve inspires every member of the Astro team to consistently improve on their personal best while making it an absolute joy to be part of the Astro team. That is an incredible feat and testament to Steve’s leadership.”

As the UK trade association for providers of internet services, The Internet Services Providers’ Association (ISPA UK) brings together members of the UK internet industry providing essential support through innovation, knowledge and experience in order to benefit the UK economy and society at large. ISPA is also the voice of the UK internet industry to government, parliament, regulators, media and the public, while promoting collaboration and constructive dialogue between its members.

Steve Hodges, Managing Director of Astro said: “The ISPA awards are the longest running and most prestigious Internet industry awards in the UK so to learn I have been nominated for the ISPA Executive of the Year Award is fantastic news. When I joined Astro in 2013 I soon realised that it is a business like no other. We have an amazing team of people at all levels of the business enabling us to walk tall alongside the giants of our industry. It is fantastic for the entire Astro team to be formally recognised among those industry giants.”

2017 is proving to be a year of award nominations for Astro. Following on from their success in November 2016 as Overall Winner of the Dartford and Gravesham Business Awards, Astro are also nominated as finalists in two categories of the 2017 Kent Excellence in Business Awards: Technology Business of the Year Award and Apprentice of the Year Award. “It really is a very exciting time for Astro Communications. Since Steve joined the business in 2013 we have undergone a significant and positive transformation and are moving from strength to strength while maintaining our customer focus and principles that have been Astro’s trademark since 1984. I have no doubt 2017 is going to be a momentous year for Astro and being part of this industry leading awards process is a significant element of it” concluded Smith.

Astro  has been delivering technical solutions to solve business challenges for over 30 years. Founded by two former employees of BT and Cable and Wireless, Astro has gone on to deliver some of the most technically challenging and complex solutions in the market.

Astro is headquartered in Hawley Manor, Dartford with staff based all over the country and partner organisations across the globe. Previous PostCyber Security: Prevent the Preventable, Miti...
Next PostFrom the Highlands to the High Seas of the IT...