A problem that is starting to balloon, with a very simple solution!

This weekend was another mile-builder along my way to becoming a Commercially Endorsed Offshore Yachtmaster.  I am currently a qualified Coastal Yachtmaster and I still have 500 sea miles to build before my next assessment in October.  This trip started as most others, a 4.30am start on Saturday, a trip to the River Orwell and then a midnight return arriving in Chatham at lunchtime.  123 miles logged with a great skipper from Elite Sailing and another nice bunch of like-minded people met.

With long stretches of helming in a straight line, conversation on these trips is always varied and interesting, much like the characters that you meet on board. One of the crew on this trip was a crew member for the Clipper Race and another was a keen conservationist working in the windfarm industry.  The conversation naturally shifted between sailing, our common interest, and the environment, something many of us who enjoy the sea feel passionately about. The stories exchanged were amazing, especially the sights seen regarding sea and ocean pollution and the things people are doing (or not doing) about it. 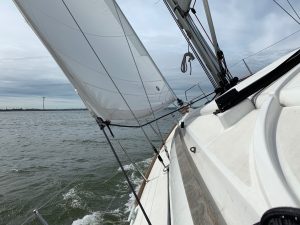 I sail the Medway and the Thames Estuary a lot; short of time for many much longer trips, I can often be found at the weekend heading to Harty Ferry on the Swale, Ramsgate or Woolverstone Marina on the Orwell. Without fail, on every trip, I will see a number of Helium balloons bobbing along in the river, often mistaking them for seals heads or lobster pots and they are becoming more common along with other pollution. This weekend there was even a warning given out on the radio by the local VTS (people who control the traffic in the rivers) advising river users of lumps of debris floating out the Medway into the Thames that were large enough to cause a serious hazard to river users. It is a really worrying state of affairs. 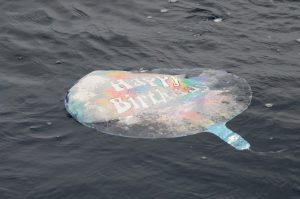 The difference in feeling you get from sailing past a sandbank filled with seals basking in the sunlight vs beating up the river and avoiding the floating corpse of a porpoise, both of which I have done this year, is indescribable and as shocking as it sounds, it is very real and very disturbing. We all need to play a small part, locally, nationally or globally in doing something about it.

Those who know me will know I am far from a tree-embracing, over-bearing, self-righteous, preaching eco-evangelist, not that there is anything wrong with those who are, but this affects all of us; not only this generation through to what we leave, but

the many generations to come.  While Trump might not believe in Global Warming or issues around our environment, what I am seeing first hand just requires a little bit of self-awareness and, to quote Frank Turner, “Little changes”. https://frank-turner.com/video/

After getting into Chatham this weekend the local food festival was on, so I took a wander over to pick up some lunch, having been sailing all night and bumped into Tanya from Living River Foundation (www.living-river.org).  She inspired this blog and has prompted a little more action from me, and all at Astro, to build on the work we have recently done to cut down on waste and recycle that which we do create.

Taken from (www.jetstreamtours.com) who are also actively involved with the foundation. The Living River Foundation is a local not for profit organisation set up to monitor and raise awareness to protect and improve the Thames and Medway rivers. The estuaries and tidal rivers around our coast, harbour a diverse mix of forna and wildlife which is being threatened by the hand of humans. Whether it be from plastics, sewage or litter, the Living River Foundation is trying to raise awareness to the impacts that our way of life has on the environment and how we can change our ways to better our environment.

I look forward to supporting the foundation moving forward. On a broader level though, let’s start with helium balloons please – they are pointless and there are other ways of spreading happiness that don’t involve putting another over-sized crisp packet in our rivers and seas one day after it’s intended use.  Then maybe not walking past the littler that is on our streets that often gets blown into the waterways inside and around our countryside.

We only have to do a little personally each day to make a difference, but equally if we can take some time out to support a local litter pick, a beach clean or somthing more organised like helping Living River Foundation then we will be making more that little changes. 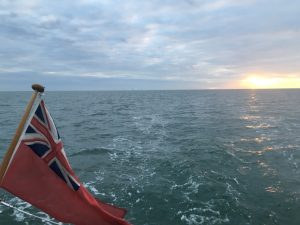